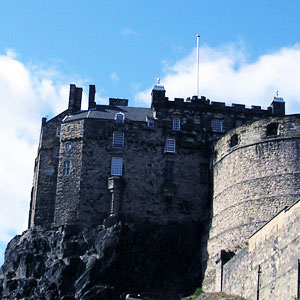 From its historical castles to its stunning landscapes and from its exciting cities to its charming, small towns, Scotland has it all. On this comprehensive Scotland tour, you’ll overnight in Glasgow, Edinburgh, Inverness, Thurso, Isle of Skye, and Isle of Mull. Along the way, you’ll visit some of its historical castles; witness its unspoiled, breath-taking scenery; experience its cities and some of its small towns; learn about its fascinating history; and much more.Scotland is known for its many castles, and you’ll have the opportunity to visit Edinburgh Castle, dating to the 12th century and home of the Scottish Crown Jewels; Brodie Castle, with its outstanding art collection and magnificent library; and Dunrobin Castle, where you’ll also visit the formal gardens. Scotland is also known for its interesting and often bloody history, and you’ll have an opportunity to visit some of its historical sights. On the Orkney Islands, visit Skara Brae, with remains from a 5,000-year-old Neolithic village. Learn about 13 centuries of clan history at the Museum of the Isles on the Isle of Skye. Outlander fans will be treated to visits of two prominent sites: Linlithgow Palace, and the Royal Burgh of Culross, once a port city on the River Forth.Of course, no vacation to Scotland is complete without seeing the amazing scenery. Throughout this Scotland tour, sit back and enjoy as you witness Scotland at its best-the breathtakingly wild and unspoiled scenery and miles of yellow sandy beaches on Scotland’s northern coast; the waterfalls and jagged, dark peaks on the Isle of Skye; the inspiring hills, green woodlands, and spectacular beaches on the “Road to the Isles”; and much more-while being escorted by an expert Tour Director who will bring Scotland to life with in-depth knowledge of its history, customs, stories, and secrets.

GLASGOWWelcome dinner; orientation drive; farewell dinnerFALKIRKSee the world’s largest equine sculpturesROYAL BURGH OF CULROSSGuided tour of the 17th-century villageLINLITHGOWVisit the birthplace of Mary Queen of ScotsEDINBURGHGuided sightseeing, visit Edinburgh Castle and Holyrood Palace (excluding August and other occasional dates)ABBOTSFORDGuided tour of Sir Walter Scott’s houseMELROSEVisit the abbeyST. ANDREWSVisit the home of golfINVERNESSVisit the Highland capitalCLAVA CAIRNSVisit the sacred prehistoric siteCULLODEN MOORVisit the battle site’s visitor centerBRODIEVisit the castleROSS-SHIRE[LF] Guided tour of the whisky distilleryDUNROBINVisit the castle and gardensJOHN O’GROATSTake the ferry to and from the Orkney IslandsORKNEY ISLANDSBoard a local coach for a driver-guide commentary and visit the Churchill Barriers, Skara Brae and Skaill House, and Kirkwall; visit the [LF] Orkney Brewery and enjoy lunch at the Tasting Hall caféULLAPOOL[LF] Fish & chips lunchISLE OF SKYEVisit the Museum of Island Life and the Museum of the IslesARMADALE–MALLAIGCross the Sound of Sleat by ferry; glenfinnan Take pictures of the monument and the Harry Potter viaduct; lochaline–fishnish Take the ferry to the Isle of MullGLENFINNANTake pictures of the monument and the Harry Potter viaductLOCHALINE–FISHNISHTake the ferry to the Isle of MullISLE OF MULLVisit TobermoryISLE OF IONATake the ferry to the island and visit the center of Celtic ChristianityCRAIGNURE–OBANTake the ferry back to the Scottish mainlandLOCH LOMONDTake photographs of this stunning spot

Edinburgh, (èd´n-bûr´e) capital city (1991 pop. 421,213) of Scotland and royal burgh. The city is divided into two sections: the Old Town, on the slope of Castle Rock, dates from the 11th century; the New Town spread to the north in the late 18th cent. Edinburgh is a government, finance, and tourist center. Most industry, which includes brewing and distilling, publishing, and paper milling, is situated near the city’s port, Leith. Edinburgh grew up around its 11th-century castle and became Scotland’s capital in 1437. It blossomed as a cultural center in the 18th and 19th century, with such figures as David Hume, Robert Burns, and Sir Walter Scott. It remains a cultural and educational hub and hosts an annual international arts festival.

“Glasgow town never brought me down,” Paul McCartney sang in 1973, and Greenock, gateway to the dynamic city of Glasgow, Scotland, is sure to please you too as a jumping off point for some terrific exploration of the land of the Scotch. If you like castles and lochs (personally, we prefer bagels and lochs), you’ll love this fairy-tale kingdom.

More ancient and considerably larger than Scotland’s capital of Edinburgh, Glasgow is a multilayered and rich historical experience, easily accessible to visitors. Statue-filled George’s Square, red-brick People’s Palace, and other main buildings like the central railway station north of the river Clyde, are the obvious places to start. The ancient mass of Glasgow Cathedral sits at the city’s heart; around it, the wide streets of Buchanan Street, Argyle Street, and Sauchiehall Street have all been pedestrianized and must be savored on foot.

Known as the “West End,” the westernmost half of the city boasts the refined, handsome proportions and prosperous townhouses of the island’s finest Victorian city, along with the old and new buildings of Glasgow University. Public parks and gardens help to dignify the southern outskirts. Finally, you’ll find their tourist information office about the most helpful on the island!

The Loch Ness Monster is only one of many fairy tales you’ll be enchanted by after visiting this storybook corner of Scotland. From the castle near Inverness where Macbeth reputedly murdered King Duncan to the mesmerizing beauty of the Scottish highlands, you’ll see why so many people for so many centuries have gone out of their way to come here.

Prices are per person, land or cruise only, based on double occupancy. Offer subject to availability and change without notice. Some restrictions may apply. Please ask us for details.

Charges not included in the land vacation price: airfare to and from the start of your vacation; airline baggage fees including checked and/or excess baggage fees; Federal inspection fees for the Federal U.S. Customs and Immigrations; agricultural tax; other per person taxes imposed by government entities; applicable cruise taxes, fees, fares and port charges; passports; visas and vaccinations; transfers; tips to your Tour or Cruise Director, Local Host, driver, Local Guides, and/or ships’ crew; gratuities on ferries, trains, and cruise ships; laundry; telephone; minibar; alcohol, beverages, and food outside of the contracted menu as presented at a hotel or restaurant (these extra items will be billed to you before leaving the hotel, ship, or restaurant); additional excursions and activities not listed as ‘included’ in the itinerary; porterage at airports or train stations; Travel Protection premiums; and all other items of a personal nature.

Click on the buttons below to request a quote on this deal or contact us directly with further questions or comments.

Request A Quote Send To A Friend Have A Question? Contact Us

Send To A Friend